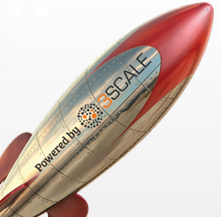 We are pleased to officially announce that we have added support for 3Scale API Management service in SlashDB.

With /db‘s capability to generate API on the Fly™ directly from databases this level integration creates the most powerful combo to quickly and reliably launch, manage and safeguard REST/HTTP APIs. API metering, billing and developer portal management are only some of the features that 3Scale’s platform provides. But an API management service cannot build an API for you – that is what SlashDB does.

In the past this kind of integration required manual modifications to proxy configuration files, which although powerful can be cumbersome to do. Now, all that is required is to use 3Scale web-based GUI for proxy configuration to generate required files, which then can be simply uploaded to SlashDB. Of course, manual tweaking of the files is still possible so SlashDB clients get the best of both worlds so to speak.

Related to 3Scale integration, added is the support for authentication with API keys. SlashDB has always allowed for stateless authentication using HTTP Basic Authentication but many developers are accustomed to the convention of an API key. SlashDB now supports both a singular API Key (user key) or a pair of Application ID and Application Key. The keys can be associated with SlashDB accounts (users), which in turn govern access to data resources and system features. For making API calls authentication keys can be provided as HTTP headers or in a URL query string.

There is no faster way to an API than from one’s database and SlashDB excels at making the connection, thanks to these key features and benefits:

How can /db upgrade your data infrastructure? Learn about solutions and try it risk-free on your databases.