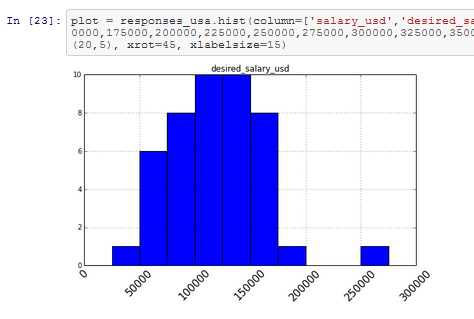 We are often asked how SlashDB compares to Oracle BI or other business intelligence software.

Well, the main difference is that SlashDB provides unobstructed access to data for reading and writing, while those tools can only display data already nicely formatted for end users.

In addition to that SlashDB works both internally and does not require you to send data to a third party storage to make it available on the Internet. Oracle BI generally only works on the inside, and cloud-based SaaS products generally require you to upload your data to their storage in a format that fits their systems.

SlashDB is an instant web API shell over traditional databases. Unlike data warehouses and ETL, it does not copy the data form their source systems so the data is always up to date. Oracle BI requires setting up complicated ETL processes, which only run periodically and create copies of data.

SlashDB is an excellent gateway to data for downstream analytics systems and self-service reporting in Excel, R, Python and more. 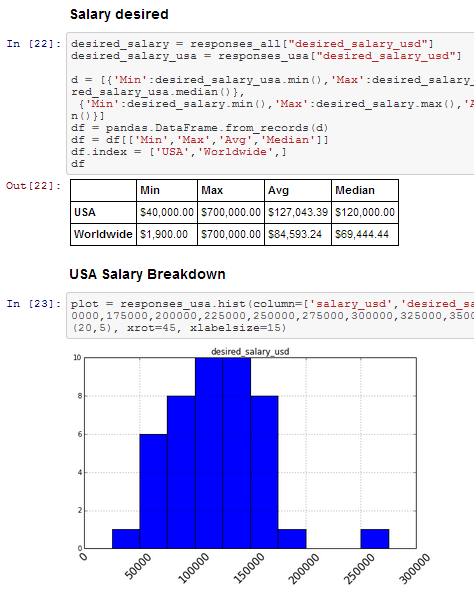 Our friends at PyStreet have recently conducted a survey on Python developers salary. The response data resides in an MS SQL Server database, but they wanted to publish the results online. They also wanted to demonstrate Python’s capability in data analysis.

Using SlashDB they made the database publicly accessible for reading via HTTP.

The notebook can not only be viewed, but also downloaded and modified.

Both the raw data and their transformations can be scrutinized and/or modified. For example, certain data points were removed from the study, but one can change those criteria or skip that step entirely. BI tools typically do not offer that degree of transparency.

SlashDB is industry independent. At last, your data scientists and business analysts will be empowered to leverage investments made in database systems. Use it with sales records, marketing campaign data, financial data or any other key performance indicator data to derive insights that matter.