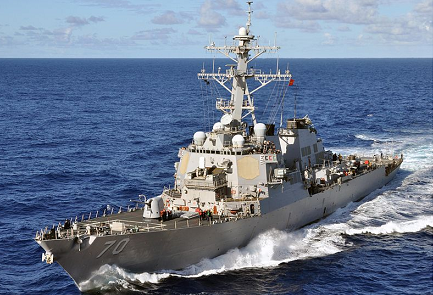 This week at SlashDB we honor Grace Hopper as our Flashback Friday forebear. Hopper is one of the most accomplished and well-known computer scientists in history – having famously popularized the terms “bug” and “debugging” 1 we so often use today.

While many remember Hopper only for her association with these terms, her accomplishments in the field of computer science are equally memorable. Hopper was one of the first programmers in history – a singular distinction that makes her worthy of our attention.

So let’s flashback and remember the many amazing achievements of Hopper – sometimes known by the nickname “Amazing Grace” 2 for her remarkable contributions to computer science.

Hopper began her career as a mathematics professor at Vassar, having earned her PhD in mathematics at Yale.3 In 1943, during World War II, she joined the United States Naval Reserve and was assigned to the Bureau of Ordnance Computation Project at Harvard University. While there she worked on one of the first computers, Mark I, which computed mathematical tables used for the Manhattan Project.4

After WWII Hopper remained at Harvard as a research fellow and worked extensively with the Mark II and Mark III computers. It was while working on Mark II that Hopper popularized the term “bug.” Hopper reportedly loved recounting the story of the night the computer stopped working and after much troubleshooting it was discovered that a moth caught in one of the relays was the cause of the problem5 – an actual bug in the system – and presto our favorite computer term was born. Had Hopper not felt the patriotic duty to serve her country, we may not be bandying about the term “bug” in reference to computer glitches – which we can all agree would diminish our lives.

Hopper’s most lasting contribution to computer science (other than the anecdotal hilarity of the origin of “bug”) was made later in her career while working at Remington Rand, where in 1952 she developed the first compiler.6 Two years later her team delivered the first compiler-based programming languages, FLOW – MATIC and MATH – MATIC. Hopper’s FLOW – MATIC language was later extended and re-developed into COBOL (COmmon Business Oriented Language).7 While many have never heard of COBOL, it is the forebear of English-like syntax programming languages like SQL.

Hopper was all about simplicity and efficiency, qualities that we work to achieve at SlashDB. Like Hopper we want not only solutions and results, but the simplest solutions and the most dynamic results. That’s why we spend so much time listening to our customers’ views and ideas – tracking down and “debugging” any imperfections to meet the needs of our users. At SlashDB we deeply admire Hopper’s pioneering work and strive to emulate her visionary leadership.

We can’t claim to be the only ones to admire and applaud Hopper for her contributions. Hopper retired from the Navy for the final time in 1986, at the age of 80 (YOLO and Hopper was truly determined to make the most of her time – she went on to work at Digital Equipment Corporation until her death in 19929). At her retirement ceremony she was awarded the Defense Distinguished Service Medal, the highest non-combat award given by the Department of Defense.10 In addition to this Hopper has a U.S. Military vessel named after her, the USS Hopper,11 a distinction held by very few women. She is also a recipient of the National Medal of Technology and Innovation (the second woman to be given this award) and is the first ever recipient of the Computer History Museum Fellow Award.12

Hopper’s contributions and memory remain very much alive today, despite her death more than 20 years ago. We continually evoke her lively spirit whenever we claim that there’s a “bug” in the system. Let’s hope that in another 20 years this small part of Hopper is still alive.