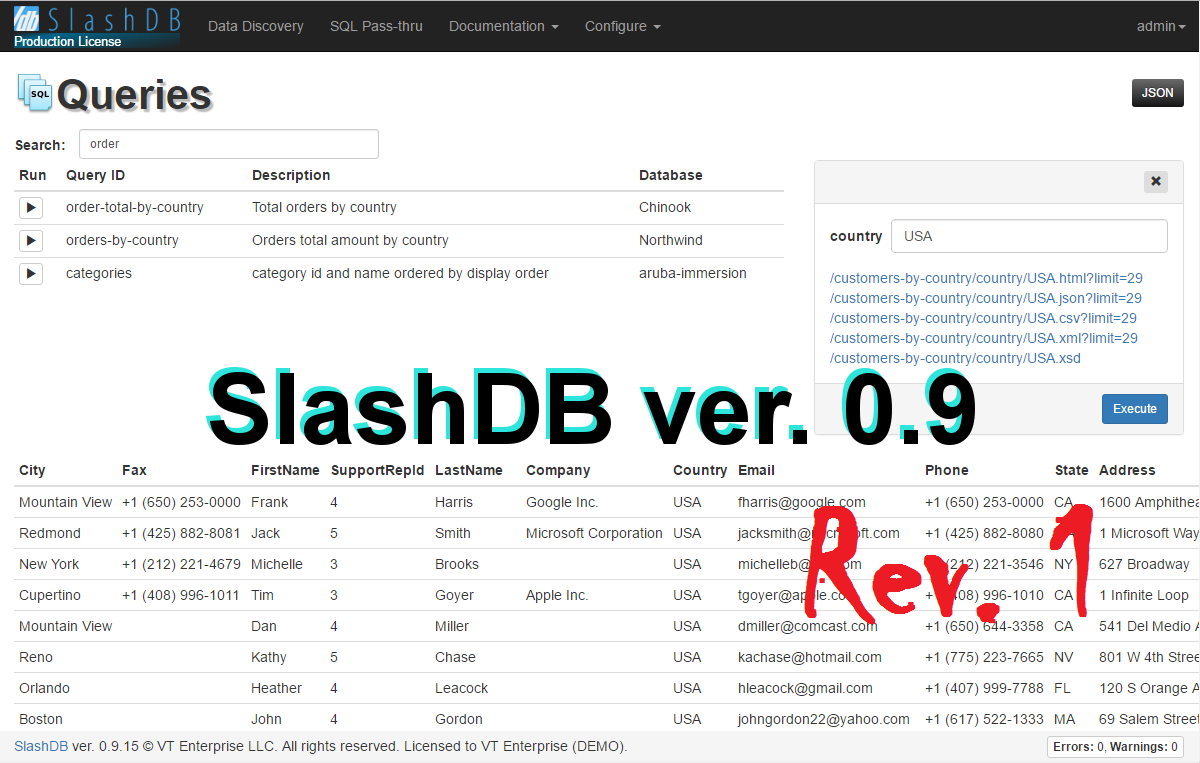 We are pleased to announce the first revision of our 0.9 release from two months ago. In addition to improvements to performance and concurrency this revision carries a slew of readily applicable business features.

SlashDB enables data scientists, software engineers and project managers do more with data. The combination of Data Discovery and SQL Pass-thru APIs with data integrity from underlying databases and automated conversion into JSON, XML and CSV formats put our product in a league of its own when it comes to enterprise ready REST API.

Filtering Data Discovery by partial values (similar to SQL’s LIKE)

Example: Invoices first sorted by country then by date in reverse order.

Now you can pick only some of the columns in any order:

When defining a query the user now has an option to assign one or more HTTP methods. This way queries, which for example add new records (i.e. INSERT) can be more appropriately associated with the POST method. Previously SQL Pass-through would only work with the GET method. 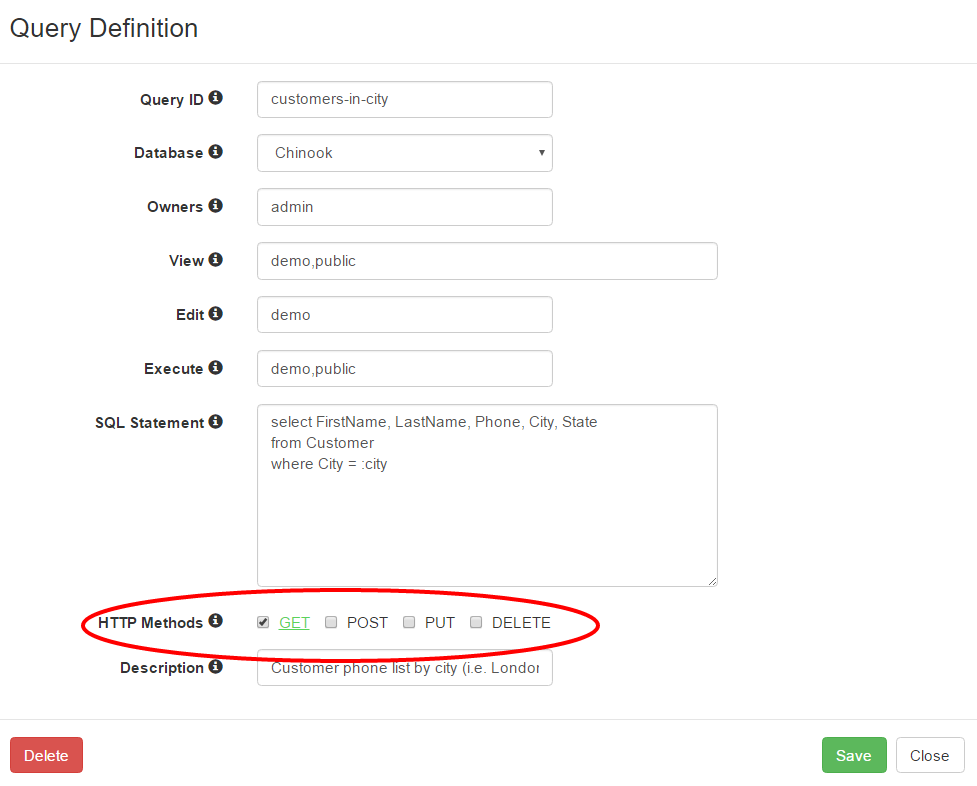 When adding a new user or modifying an existing one there is now a button for adding a randomly generated API key. Previously keys had to be generated by other means and pasted into the user definition form.

Faster JSON generation and changes to default values for certain concurrency parameters provide for better overall performance in a general purpose application. As before those and many other parameters can be tweaked in slashdb.ini file.

Our community on StackOverflow is growing. Submit your technical questions with tag “slashdb” for fastest response.