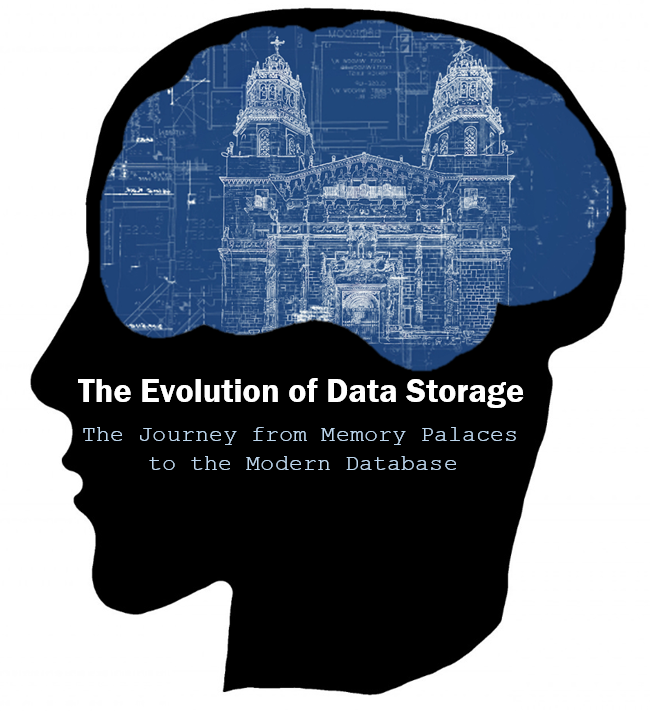 At SlashDB we understand that databases make modern life easier by providing a vast virtual space in which we can store all the information and data that we want. Data stored in databases can be refined by topic and referenced at any time. Databases using our API add-on can store and find data even more efficiently with our heightened accessibility, searchabiity, and ability to adapt to other business and software tools. However, the invention of virtual databases is a feat of innovation that many now take for granted. Without databases, we would literally have to remember everything – a task that many could not successfully undertake.

Human memories have a limited capacity and ancient cultures compensated for this by actively recalling and reviewing information they had committed to memory to avoid ‘losing,’ or forgetting information. To recall information, ancient cultures relied heavily on mnemonic devices and oral formulas that allowed for the retention of massive amounts of information. In order to retain knowledge and stories of the past, cultures developed these forms of organization (or constraints) and strategies to decrease the chances of human memory losing important data. One of the most notable strategies is the oral formulaic composition, a process reviewed at length in Milman Parry’s work. Parry unearthed the oral formulaic composition within the works of Homer. Parry discovered that each distinctive feature of Homeric poetry is the result of oral methods of composition which restrict and regulate to figuratively decrease file size and reduce the amount of human memory (or RAM) needed to store it –  ensuring the retention and continued existence of the information. Ultimately, Parry discovered that the Iliad and the Odyssey, Homer’s most famous works, were prefabricated and formulaic fragments.  In fact, Parry determined that only a few fractions of the words in the Iliad and the Odyssey were not parts of oral formulas regularly employed by ancient preliterate cultures. His work highlights the brilliant use of mnemonics adopted by an ancient world which relied upon the formulaic constitution of thought to retain vast stores of information.

It has long been known that the human brain associates memory with specific places. This is known as the method of loci . This means that humans associate memory with a location. This includes actual, physical locations and mentally constructed or imagined locations. Ancient Greek orators, for instance, mentally walked through buildings and alley ways they were familiar with, pacing from room to room and street corner to street corner, associating each specific location (a specific doorway, room, etc.) with a specific piece of information. By associating specific places with specific information in an ordered way (for example, “I reach the library via the dirt alley with the rose bushes” as a device to remember “I reach the conclusion via my third argument concerning X”) orators were better able to memorize their speeches. Similarly, modern memory champions memorize playing cards and other trivia using this exact method. They mentally walk through homes, corporate offices, museums, or even parks as they recall each card in the deck. They call these spaces memory palaces.

Memory palaces may even explain some of the world’s most mysterious land sites, such as Stonehenge . In Lynne Kelly’s recently published book, The Memory Code , she provides new insights into how ancient societies, thousands of years away from being able to store data in cloud-based databases were able to commit huge amounts of knowledge to memory without losing data over time. In her work, Kelly notes that Stonehenge was constructed at the start of the transition from nomadic lifestyles to agricultural-based (stationary) lifestyles. Kelly posits that Stonehenge was built to act as a memory aid. She writes that the circle of mysterious stones actually represents a series of sacred places in the local environment, with each stone representing a specific sacred location. According to Kelly’s theory, Stonehenge served as a rudimentary database for storing important data, an ancient precursor to SlashDB’s cloud-based data storage capabilities.

SlashDB as Your Database Solution

SlashDB makes data management easier than ever before. Instead of stalking imagined corridors to recall information, you can retrieve the data you need with a simple click. SlashDB’s API add-on can help streamline your business, allowing you to extricate important information quickly and efficiently.

Contact us at SlashDB and we’ll work with you to find the best API add-on configuration for your database and business needs.