At SlashDB, we pride ourselves on creating technology that is accessible and mobile. Mobility is not only essential for workers constantly on the go with heavily-packed schedules, it’s also essential for divergent thinkers who prefer to brainstorm on the move. 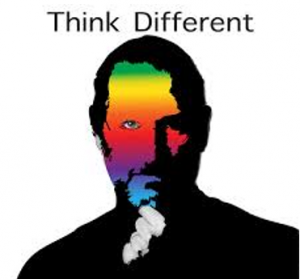 Steve Jobs, the man behind the Think Different campaign.

Walking has been linked to increased creativity and innovative thinking. In fact, many great thinkers throughout history were drawn to long walks. For instance, Charles Dickens notably walked 30 miles a day, brainstorming plots and premises for some of the world’s most lauded literature. More recently, the late Steve Jobs, arguably one of technology’s most creative Think Different thinkers, was known for inviting employees for walks around Apple’s campus to discuss projects. Mark Zuckerberg, founder of Facebook, is regularly seen holding meetings on foot – walking with employees rather than sitting in a conference room. It seems that many creative thinkers are drawn to walking, intuitively understanding that this is when their best ideas emerge.

Science backs up the instinct to think on the move. Research reveals that walking, a very simple and mindless task, can actually boost your creativity to impressive levels. With this in mind – you can literally walk your way to better solutions and better profits with SlashDB.

Taking a walk frees your mind and allows you to think divergently. Divergent thinking is a method of thinking that is used to spawn creative and innovative ideas. Walking quantifiably boosts creativity according to a Stanford University study which discovered that walking increases creativity by an impressive 60%. The Stanford researchers who conducted the study measured the creativity of subjects while they were walking and while they were sitting. The majority of the research participants demonstrated significantly increased levels of creativity when they walked, leading researchers to conclude that movement is crucial to increased creative thinking. 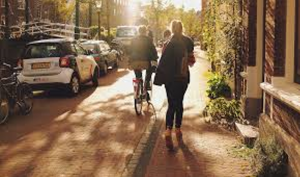 Neuroscientists specializing in attention and focus were unsurprised by the Stanford research team’s results. A study on movement conducted for the American Journal of Human Biology reached similar conclusions – walking was key to human evolution. Our ancestors were hunters and gatherers – walking several miles every day. The human brain developed and evolved while moving and our brains still crave that movement today. 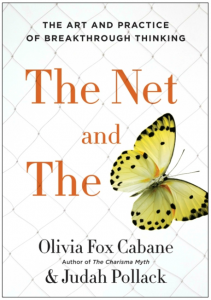 The Net and the Butterfly by Olivia Fox Cabane and Judah Pollack.

Olivia Fox Cabane and Judah Pollack, authors of The Net and the Butterfly: The Art and Practice of Breakthrough Thinking, focused their research on studies that showed how breakthrough ideas and divergent thinking occur when the brain switches networks or modes. Our best ideas come when the brain switches from the executive network to its default mode network (DMN). The executive network is task and goal-oriented, focused on completing concrete and defined assignments. The DMN activates when the mind is not focused on the outside world. The mind wanders freely, moving from thought to thought, sometimes simply day-dreaming, but most importantly brain storming. The two networks work to complement each other, with the executive network setting a goal before moving on to complete an assignment. This allows the default mode network to think of creative solutions.

SlashDB is dedicated to helping developers get to the right information by visually interacting with data while simultaneously formulating API endpoints to develop against in the app. Our technology allows developers to avoid writing tedious database queries and boilerplate code for turning query data into API data. With SlashDB, up to 90% of backend work is already taken care of – allowing developers to focus on creating feature code visible to users.

SlashDB makes creating mobile apps a hassle-free endeavor. The content in your apps is seamlessly accessible, allowing authorized users to review the information in your app from multiple platforms and devices, in or out of the office – helping you to target clients who prefer to conduct meetings and brainstorm on foot.

Our API acts as a light weight shell around traditional databases that offer compatibility and flexibility with many business intelligence tools. Our API also features a unique “what you see is what you get” interface to increase the speed and efficiency of data discovery and extraction.

SlashDB also benefits product managers and project managers by cutting the time it takes to reach the market, as well as supporting more predictable production schedules.

SlashDB’s API solution is available in the Amazon Web Services Marketplace. We also provide on premise installation – contact us and we’ll bring our simplified API solution directly to you. Join us in our mission to create a simplified database and development ecosystem (replete with walking paths) and usher in a new age of on-the-go technological innovation.